Räikkönen knocked out his teammate Giovinazzi at the start of the event when both cars battled Fernando Alonson Alpine.

However, the FIA ​​jury did not investigate the case and Vasseur said his drivers had talked about it after the ticket and agreed that it was a race event.

Giovinazzi finished 13th in the sprint, while Räikkönen returned 18th.

However, the Finn plans to start Sunday’s race from the pit after the team changed the technical data of his back wing to try to get a better straight line speed and let him overtake in the main event.

Any such change to the Parc farm will automatically trigger the depot start.

“I think it was more of a misunderstanding,” Vasseur told Motorsport.com about Kolar. “Because they passed Alonso, one on the left and one on the right.

“I don’t think Kimi was waiting at Antonio’s top. It’s the way it is. They had a good chat together and they’re very relaxed at the end of the day. They had a very open and nice conversation.

“It’s a shame because Antonio’s pace was good. He damaged the car a little, but the pace was good. If we had two cars in 12th and 13th place, we could have put them in points, but let’s see now. We still have a good chance.” 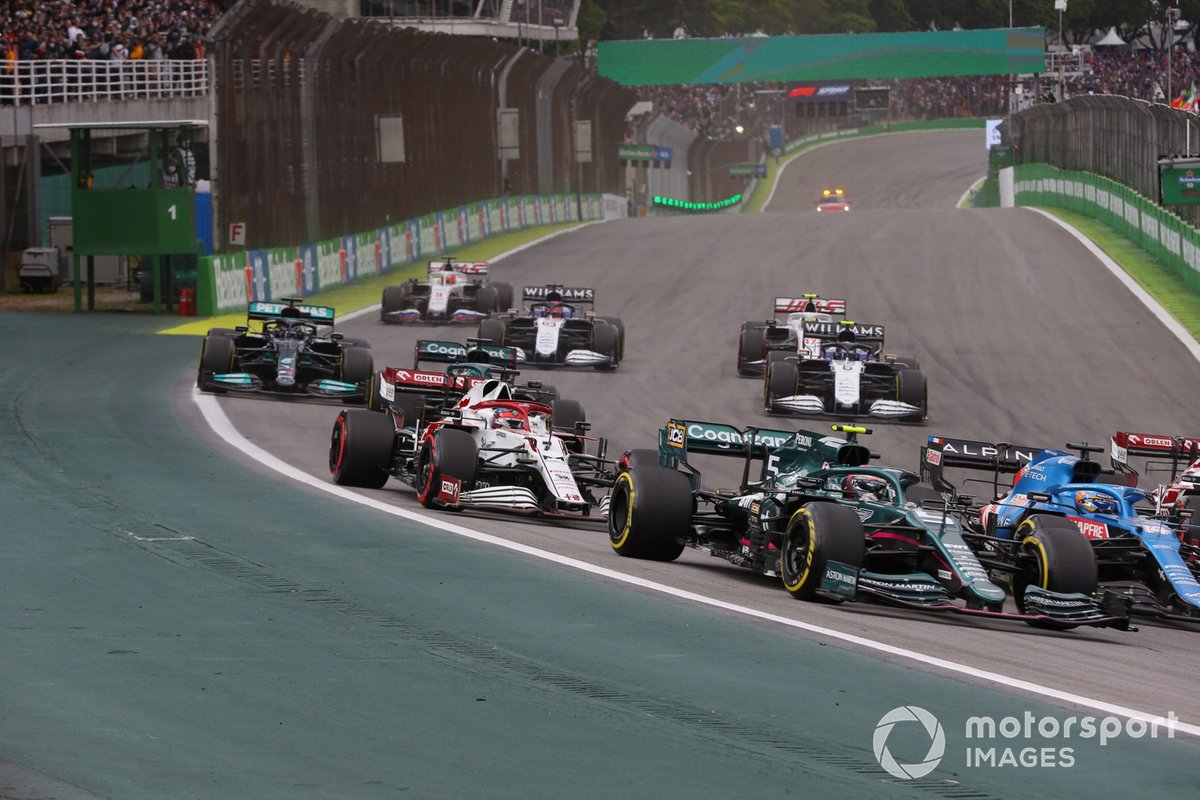 Giovinazzi said he wasn’t worried that a collision with his teammate would lead to problems with his team when he returns to the garage.

“I wasn’t worried, I knew there was nothing to do at the moment,” he told Motorsport.com.

– We were three cars straight, and then during braking, Kimi didn’t see me inside either, so I didn’t have room to avoid him.