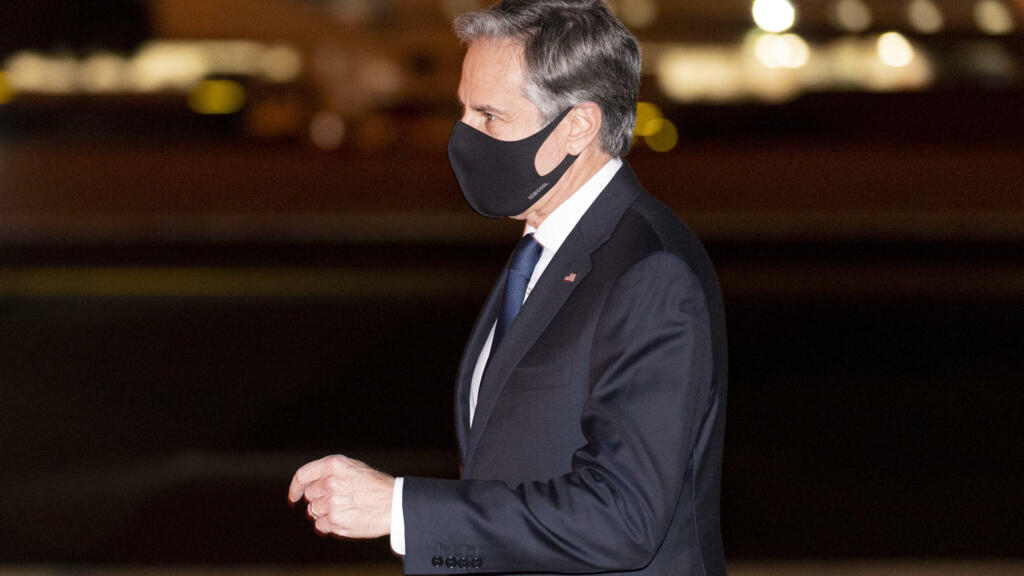 U.S. Secretary of State Antony Blinken on Wednesday called for democracy to be maintained in politically and ethnically divided societies when he opened his first official visit to Africa in Kenya amid worsening crises in neighboring Ethiopia and Sudan.

In a long, private meeting with Kenyan President Uhuru Kenyatta and other senior officials, Blinken praised Kenya’s role in easing the conflict in Ethiopia and setting an example of a vibrant and inclusive democracy, despite the challenges it has faced in its own recent elections.

Kenyatta visited Addis Ababa over the weekend in an effort to support an African Union-led reconciliation initiative to end violence in Ethiopia, which has engulfed the northern region of Tigray and spread, causing widespread fears of a conflict spreading.

Blinken spent an hour and a half with Kenyatta in a bilateral session scheduled to last only 10 minutes, the State Department said, although the exact topics of discussion and possible developments were not immediately clear. .

“We continue to see atrocities being committed, people are suffering, and no matter why we call it, it must stop and responsibility must be taken,” Blinken later told reporters, adding that he will make a decision on whether the situation is genocide. “when we get all the analysis that goes into looking at the facts.”

Kenyan government secretary Raychelle Omamo told reporters that “we believe a ceasefire is possible,” but “in the end, these solutions will come (from the Ethiopian people).”

In his earlier comments to Kenyan leaders, Blinken spoke of the importance of fighting a “democratic recession” around the world, including the challenges facing the United States, which show “how fragile our democracy can be.” Kenya faces its own test of stability in next year’s presidential election.

Blinken is working to intensify the hitherto failed U.S. diplomatic efforts to resolve the deepening conflicts in Ethiopia and Sudan and to fight the growing insurgency elsewhere, such as in Somalia.

The administration’s monthly commitment, including a visit to Ethiopia by U.S. International Development Agency Director Samantha Power in August and several trips by Biden’s Special Envoy to the Horn of Africa Jeff Feltman to Addis Ababa, Nairobi and Khartoum, has yielded little progress.

Instead, the conflict in Ethiopia has escalated between the government of Prime Minister Abiy Ahmed and the leaders of the northern Tigray region who once ruled the government.

The situation “could easily turn into genocide,” said Delaware Democratic Senator Chris Coons, a trustee of President Joe Biden who traveled to Ethiopia earlier this year to meet with Aby. At an online event on Tuesday, Coons called for progress in the talks “before this becomes another Yugoslavia”.

Competing Tigray forces are advancing to Addis Ababa, the capital of Ethiopia, due to increasingly harsh warnings from the U.S. and others about the departure of foreigners.

While the Biden administration hopes there is still room for a solution, it has moved towards sanctions by announcing the expulsion of Ethiopia from the U.S.-Africa Trade Agreement and punishing neighboring Eritrean leaders and the military for interference. conflict on behalf of Ethiopia. Sanctions may be imposed on Ethiopian officials, including Nobel Peace Prize winner Abiy.

Skepticism and hostility to pressure

Ethiopia has condemned the sanctions, and Addis Ababa, the headquarters of the African Union, and elsewhere are skeptical and hostile to pressure from the United States, even though the United States is the country’s largest donor.

As Feltman has dived between the capitals, he and the regime have been confused by what happened in Sudan, where last month a military coup overthrew a civilian-led government that had made significant progress in restoring long-strained relations with the United States.

The coup leader, General Abdel-Fattah Burhan, tightened his grip on power last week and reappointed himself as the new sovereign chairman of the council. The United States and other Western governments criticized the measure because it abolished the existing Joint Military-Civil Council. Sudanese generals responded by saying they would appoint a civilian government in the coming days.

Burhan opposed Civilian Prime Minister Abdalla Hamdok just hours after Feltman left the Sudanese capital, Khartoum, to work to resolve the growing tensions between them. The United States has avenged the coup by suspending $ 700 million in direct financial assistance. There may also be additional work to be done, including slowing down the multi-year convergence or turning the government on.

Leading U.S. diplomat Molly Phee met Hamdok and Burhan on Tuesday. Burhan said Sudanese leaders were ready to engage in an unconditional dialogue with all political forces, according to a statement from the recently appointed Sovereign Council.

In addition to easing tensions in the region, Blinken’s trip also aims to raise Washington’s profile as a player in regional and international initiatives to restore peace and promote democracy and human rights as it competes with China for influence.

This push did not start brilliantly in Africa. The coronavirus pandemic canceled Blinken’s planned early summer visit to the continent. The trip was postponed to August but was postponed again due to Washington’s worried turmoil in Afghanistan.

Despite its importance in competition between the United States and China, Africa has often been overshadowed by more pressing problems in Europe, Asia, the Middle East, and Latin America, despite massive U.S. money and vaccinations to combat pandemics and other infectious diseases.

All the while, China has pumped billions into Africa’s energy, infrastructure and other projects, which Washington sees as a scam aimed at exploiting developing countries. Blinken and Omamo met in a conference room at a hotel in Nairobi, overlooking a still-unfinished, Chinese-funded elevated expressway.