The highly transmissible Omicron variant of the SARS-CoV-2 virus – the most common form known as BA.1 – now accounts for almost all coronavirus infections globally, although dramatic increases in COVID cases have already peaked in some countries. .

Researchers are now tracking an increase in cases caused by a close cousin known as BA.2, which is starting to outperform BA.1 in parts of Europe and Asia. The following is what we know so far about the new sub-variant:

Globally, BA.1 accounted for 98.8% of the sequenced cases submitted to the public virus detection database GISAID per. January 25th. However, several countries report recent increases in the subvariant known as BA.2 according to the World Health Organization.

In addition to BA.1 and BA.2, the WHO lists two other sub-variants under the Omicron umbrella: BA.1.1.529 and BA.3. All are closely related genetically, but each has mutations that can change the way they behave.

Trevor Bedford, a computational virologist at the Fred Hutchinson Cancer Center, who has followed the development of SARS-CoV-2, wrote on Twitter on Friday that BA.2 represents about 82% of cases in Denmark, 9% in the UK and 8 % in the United States, based on his analysis of sequencing data from the GISAID database and case counts from the Our World in Data project at the University of Oxford.

The BA.1 version of Omicron has been somewhat easier to track than previous variants. This is because BA.1 lacks one of three target genes used in a standard PCR test. Cases showing this pattern were by default assumed to be caused by BA.1.

BA.2, sometimes known as a “stealth” subvariant, does not have the same missing target gene. Instead, scientists are monitoring it in the same way they have previous variants, including Delta, by tracking the number of virus genomes submitted to public databases such as GISAID.

As with other variants, an infection with BA.2 can be detected by home test kits for coronavirus, although they can not indicate which variant is responsible, experts said.

Some early reports suggest that BA.2 may be even more contagious than the already extremely contagious BA.1, but so far there is no evidence that it is more likely to evade vaccine protection.

Danish health authorities estimate that BA.2 may be 1.5 times more transmissible than BA.1 based on preliminary data, although it is unlikely to cause more serious illness.

In the UK, a preliminary analysis of contact tracing from 27 December 2021 to 11 January 2022 by the UK Health Security Agency (HSA) suggests that household transmission is higher among contacts with persons infected with BA.2 (13.4%) compared to other Omicron cases (10.3%).

The HSA found no evidence of a difference in the vaccine’s effectiveness, according to the January 28 report.

A critical question is whether people who became infected in the BA.1 wave will be protected from BA.2, said Dr. Egon Ozer, an infectious disease expert at Northwestern University Feinberg School of Medicine in Chicago.

This has been a concern in Denmark, where some places that saw high cases of BA.1 infections reported increasing cases of BA.2, Ozer said.

If previous BA.1 infection does not protect against BA.2, “it could be a kind of two-humped camel wave,” Ozer said. “It’s too early to know if that will happen.”

The good news, he said, is that vaccines and boosters still “keep people out of the hospital and prevent people from dying.” Older devices that are not eligible for this will still be supported with up to three generations of One UI upgrades. The Galaxy Watch …

3/3 © Reuters. A Ukrainian girl waits for news on where she and her family spend the night after arriving in Madrid with a … 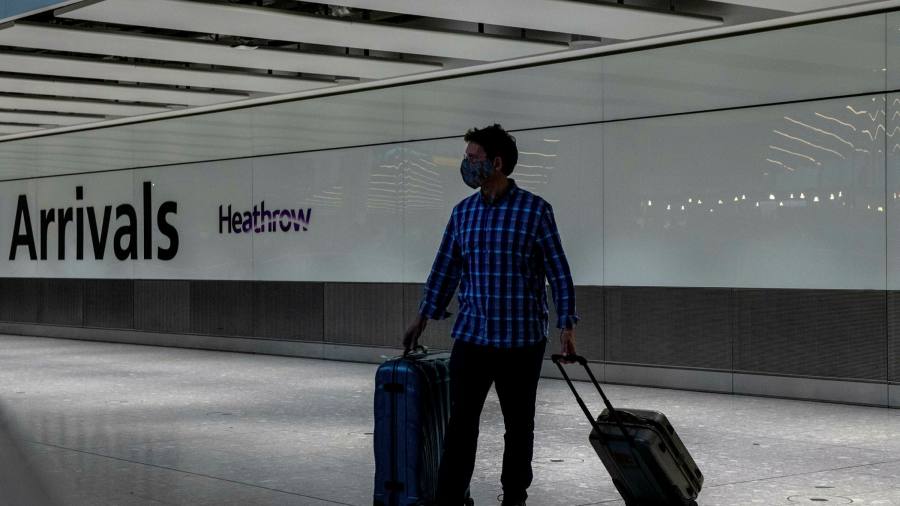 Heathrow has predicted a “surge” of holidaymakers will help a recovery in aviation this summer, despite passenger numbers at the airport last year tumbling …