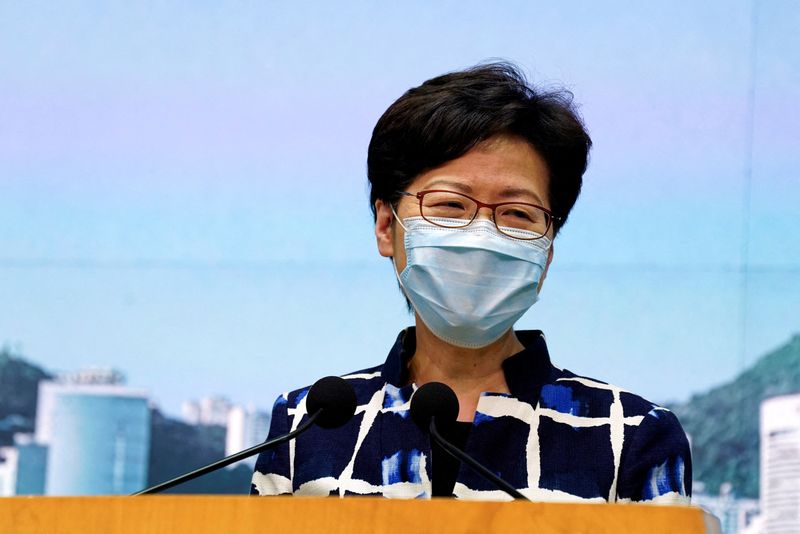 HONG KONG (Reuters) – Hong Kong’s leader has left open for more than five months a seat on the panel that selects the city’s judges, three lawyers familiar with the situation said.

The unprecedented delay raises questions over the autonomy of the city’s judiciary, these lawyers and nine diplomats and scholars told Reuters.

Nomination of judges by the Judicial Officers’ Recommendation Commission is increasingly important as some of these jurists will rule on issues such as prosecutions under a controversial national security law that Beijing imposed on the city in 2020 to punish subversion, terrorism, secession and collusion with foreign forces.

Lam has delayed the decision to act on the nomination of British-trained trial lawyer Neville Sarony, who is in his early 80s, to the seat reserved for a barrister on the commission.

Sarony has in recent newspaper columns criticized Hong Kong government policies, voicing support for free speech and some pro-democracy lawyer activists. He declined to comment on his nomination.

Reuters could not determine the reasons for the delay.

A Lam spokesman said the “appointment of (a) member” to the panel was being processed by the government and would be announced in due course.

The spokesman did not respond to questions about why the decision on Sarony had been delayed or whether Lam would reject him outright and seek a new name from Hong Kong’s Bar Association.

Pro-Beijing media and some Chinese officials have branded the barristers’ association as “anti-China” for its criticisms of government moves such as a 2019 proposal to allow suspects to be extradited to mainland China for trial.

The absence has removed the voice of barristers from the panel, whose other seats go to judges, a solicitor, the city’s justice secretary and three others not involved in the practice of law.

In Hong Kong and some other common law jurisdictions, the legal profession is split between barristers, who are courtroom advocates, and solicitors, who mostly handle other legal issues.

“Without a barrister, the set-up of the commission looks skewed in favor of the establishment,” said a legal scholar who has monitored the committee for several years. “Barristers can provide an important independent voice, particularly when the prosecution side is represented through the secretary for justice.”

City leaders have previously acted within weeks to fill vacancies on the nine-member commission. Over the past decade, public records show, appointments to the panel have been made before the predecessor’s resignation takes effect. Lawyers say this highlights the routine nature of the process.

The selection “is usually a mere formality but this time there is silence, and this strange delay,” said one lawyer familiar with the situation. Another said Lam “appears to be waiting for a new team at the Bar to come up with a new, more acceptable name.”

By delaying the decision on the barrister’s nomination, Lam is using her influence over the commission in a way not seen before and that strengthens the hand of pro-government figures on the panel, said the diplomats, lawyers and scholars.

The lawyers and scholars say they are not aware of a previous instance when Hong Kong’s chief executive did not promptly accept the recommendations of the Bar Association or the Law Society, the solicitors’ association.

They say they fear the situation could further threaten the social and commercial freedoms the financial hub was guaranteed when Britain handed its former colony back to China in 1997.

The panel, created in 1976, has operated in its current form since 1991, under British and Chinese rule. It reports to the chief executive.

The Bar Association’s new chairman, Victor Dawes, did not respond to Reuters requests for comment on Sarony’s nomination. Dawes said after his election on Jan. 20 that his team would defend the rule of law and speak out on human rights issues if necessary.

In response to Reuters questions to the commission’s chair, Chief Justice Andrew Cheung, a Judiciary spokesman said the city’s chief executive has the power to appoint members to the committee, including a barrister of her choice, although she must “consult” the Bar Association on the matter.

The spokesman said there was no question of the committee “acting other than independently”, in line with the independence guaranteed by the Basic Law, Hong Kong’s mini-constitution.

The commission is one of many British-era legal legacies written into the Basic Law, which scholars and lawyers say underscore the importance of keeping Hong Kong’s common law system secure under Chinese rule.

Hong Kong elects a chief executive in March. Lam has not said whether she intends to seek re-election.

The panel’s deliberations are secret. It is a crime to divulge or attempt to interfere in them.

The committee made 45 judicial nominations in 2020 that “were accepted by the chief executive”, according to the committee’s most recent annual report. It was not clear whether any were rejected.

Sarony was tapped by the Bar Association to replace veteran human rights barrister Philip Dykes, a former bar chairman, who resigned on Aug. 5 before the end of his term.

Dykes said he was unable to comment on his resignation.

Sarony, one of the city’s most senior barristers, has handled a wide variety of cases in Hong Kong since 1985 and is known for his personal injury work. He is not considered by his peers to be a partisan political figure or, like some other barristers, viewed as an activist lawyer.

He also writes columns for the Hong Kong Economic Journal. Recent pieces have included criticism of the Hong Kong government over its changes to legal aid and its COVID-19 quarantine policies. Some have also criticized the actions of the British government.

In April he expressed support for barrister and former democratic legislator Margaret Ng after her April 16 conviction for illegal assembly. She received a 12-month sentence, suspended for 24 months.

“I have very little respect for politicians of any persuasion, but Margaret is that rara avis, a dedicated, honest and committed representative of the people of Hong Kong,” Sarony wrote.

The war in Ukraine has been good for defense company stocks, among them Elbit Systems (TASE: ESLT; Nasdaq: ESLT). On Monday, Elbit’s share …
4 South by Southwest predictions about the future of dealmaking | Fortune You need JavaScript enabled to view it. 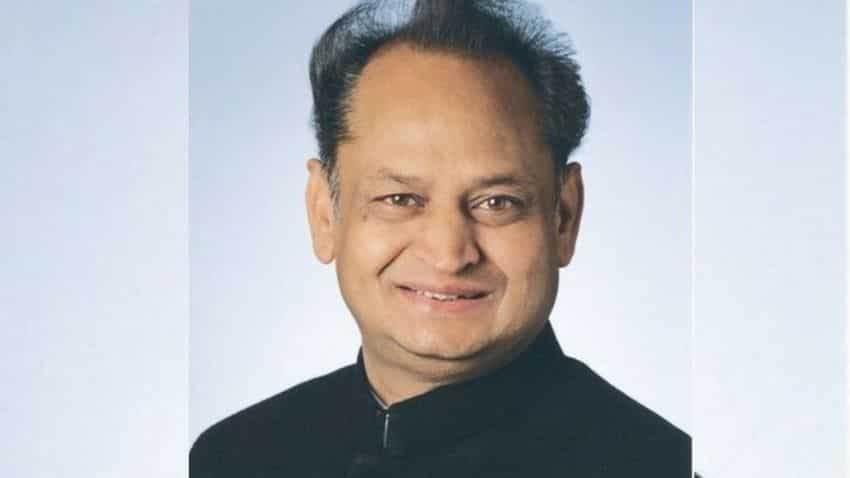 The Rajasthan government has canceled the Rajasthan Eligibility Examination for Teachers (REET) on Monday, February 7, 2022.