BERLIN – World powers and other countries with interests in Libya’s long-running civil war agreed Sunday to respect a much-violated arms embargo, hold off on military support to the warring parties and push them to reach a full cease-fire, German and UN leaders said.

The agreement came after about four hours of talks at the chancellery in Berlin. German Chancellor Angela Merkel hosted leaders of 11 countries, with Libya’s two main rival leaders also in the German capital but not at the main conference table.

Organizers knew that “we had to succeed in getting all the parties that connected in any way with the Libya conflict to speak with one voice… because then the parties inside Libya will also understand that there is only a non-military way to a solution, Merkel said. “We achieved this result here.”

Libya has sunk further into chaos since the 2011 ouster and killing of its longtime dictator, Moammar Gadhafi. It is now divided into rival administrations, each backed by different nations: the UN-recognized government based in Tripoli, headed by Sarraj, and one based in the country’s east, supported by Hifter’s forces.

Hifter’s forces have been on the offensive since April, laying siege to Tripoli in an effort to capture the capital. Hifter’s forces are backed by Egypt, Russia and the United Arab Emirates, while the Tripoli government has turned to Turkey for troops and weapons.

A truce brokered earlier this month by Russia and Turkey marked the first break in fighting in months, but there have been repeated violations.

The participants agreed that “we want to respect the arms embargo, and that the arms embargo will be more strongly controlled than was the case in the past,” Merkel said. She added that the results of the conference should be endorsed by the UN Security Council.

UN Secretary-General Antonio Guterres said the committee would be convened “in Geneva in the coming days.”

Merkel said the summit participants agreed that they will provide no further support to the warring parties in Libya ahead of the committee’s meeting and “cease operations as long as the cease-fire holds.”

There was no explicit commitment, however, to withdrawing existing military support. That “is a question for the real cease-fire,” Merkel said.

She said the conference had not discussed specific sanctions for violating the arms embargo.

The summit’s final statement said the participants “call on all actors to refrain from any activities exacerbating the conflict or inconsistent with the (UN) arms embargo or the ceasefire, including the financing of military capabilities or the recruitment of mercenaries.”

Guterres said the Berlin conference had succeeded in fending off “the risk of a true regional escalation.”

“That risk was averted in Berlin – provided, of course, that it is possible to maintain the truce and then to move into a cease-fire,” he said.

Guterres underlined the urgency of that next step, saying all the participants committed to “put pressure on the parties for a full cease-fire to be reached.”

“We can not monitor something that does not exist,” Guterres said.

Merkel added that the participants would continue to hold regular further meetings to ensure the process continues “so the people in Libya get their right to a peaceful life.”

Sarraj and Hifter did not meet face-to-face in Berlin.

“We spoke with them individually because the differences between them are so great that they are not speaking with each other at the moment,” Merkel said.

The two men were not direct participants in the conference, but were in Berlin and kept apprised of developments, she added.

German Foreign Minister Heiko Maas said that “we know that today’s signatures are not enough.”

He said countries that were not invited Sunday will be given the opportunity to participate in future meetings of the four committees dealing with various aspects of the crisis, among them military issues and the economy.

“We know that the work has only just started,” Maas said.

On Sunday, Libya’s National Oil Corporation said that guards under the command of Hifter’s forces shut down two key oil fields in the country’s southwestern desert, following the earlier closure of all eastern export terminals. Only offshore fields and one smaller facility remain operational, the corporation said.

Guterres said he was “very worried” about the oil developments. Germany’s Maas said that he and Merkel had discussed the blockaded terminals with Sarraj and Hifter.

“Both sides said they were prepared in principle to find a solution to this,” he added, but “it is dependent on various conditions.”

Russian Foreign Minister Sergey Lavrov was quoted by Russian news agencies as saying that the conference was “very useful.”

Pompeop said that “I think we made progress – at least progress in getting fewer new weapons systems, fewer new forces to flow into the region so that we can get at least a standstill,” allowing the chance to work toward a political resolution.

The Berlin agreement was immediately met with some skepticism, however.

“This is all very good talk and optics, but there is still no mechanism for enforcement to actively stop a country from violating the arms embargo,” said Anas Gamati, the founder of a Tripoli-based the Sadeq Institute.

Claudia Gazzini, a Libya analyst for the International Crisis Group, said the “military committee” idea is new and and definitely is a step forward from where we were last week in Moscow, “when Hifter departed suddenly, refusing to formally sign a truce under Turkish and Russian pressure.

“But in Libya there’s a tendency for committees to become synonymous with procrastination,” she added. “I think there will be a lot of brinkmanship.” 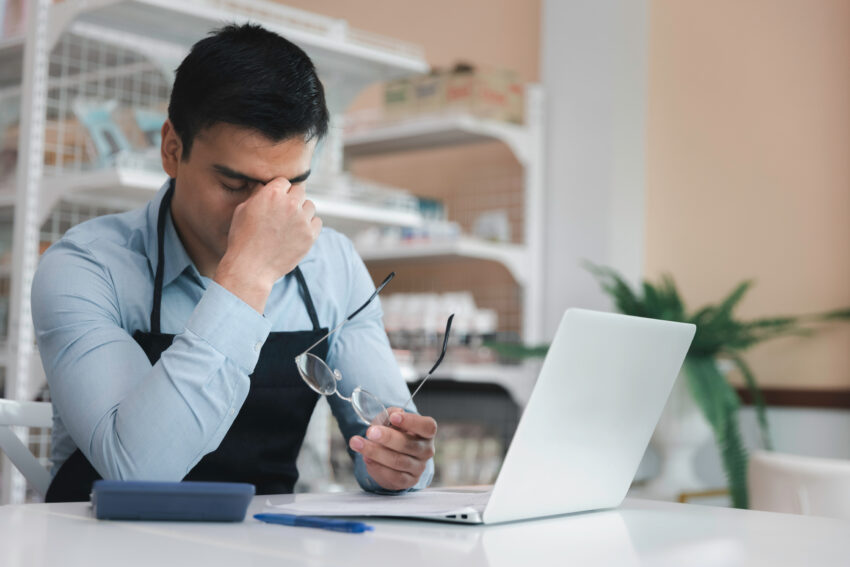 Launching a new business is fraught with possible pitfalls, and as an entrepreneur it can often feel like one false move can bring the …