The recurrence of SARS-CoV-2 between humans and other mammals increases the risk of new variants and threatens attempts to control COVID-19. A new study, published today in the Proceedings of the Royal Society B, used new modeling to predict the zoonotic capacity of 5,400 mammalian species, increasing predictability by an order of magnitude. Many of the highest risk flagged species live close to humans and in COVID-19 colonies.

The biggest bottleneck in predicting high-risk mammalian species is the limited knowledge of ACE2, a cellular receptor to which SARS-CoV-2 binds in animals. ACE2 allows SARS-CoV-2 to enter host cells and is found in all major vertebrates. It is likely that all vertebrates have ACE2 receptors, but sequences were available for only 326 species. 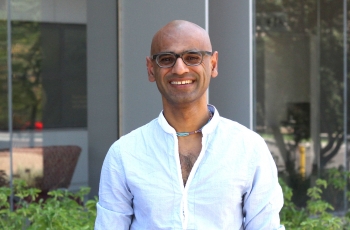 Arvind Varsani is a virologist at the Biodesign Center for Fundamental and Applied Microbiomics and a researcher at the ASU Center for Evolution and Medicine and the School of Biosciences.
Download full image

To overcome this hurdle, the team developed a machine learning model that combined data on the biological properties of 5,400 mammalian species with available ACE2 data. The goal is to identify mammalian species with a high “zoonotic capacity” – the ability to become infected with SARS-CoV-2 and transmit it to other animals and humans. The method they developed could help extend the predictive power of disease systems beyond COVID-19.

The study was led by researchers at the Cary Institute of Ecosystem Studies. Alongside them are João PGLM Rodrigues of Stanford University and Arvind Varsani of the State University of Arizona.

Varsani, a virologist at the Biodesign Center for Fundamental and Applied Microbiomics who contributed to the compilation of the sequence data used in the study, commented, “This is a major study from a multidisciplinary team of animal and disease ecologists, structural biology, and molecular and evolutionary virologists.”

Co-author Ilya Fischhoff, a postdoctoral researcher at the Cary Institute of Ecosystem Studies, commented: “SARS-CoV-2, the virus that causes COVID-19, originated in an animal before it jumped into humans. Now, humans have caused spillback infections in a number of mammals, including mammals kept on farms, in zoos, and even in our homes. Knowing which mammals can get us again is vital to prevent spillback infections and dangerous new variants. “

When the virus is transmitted from humans to animals and back to humans, it is called a secondary spillover. This phenomenon may accelerate the formation of new variants in humans that are more virulent and less sensitive to vaccines. Secondary transmission of SARS-CoV-2 has already been reported among farmed minks in Denmark and the Netherlands, where it has led to at least one new variant of SARS-CoV-2. 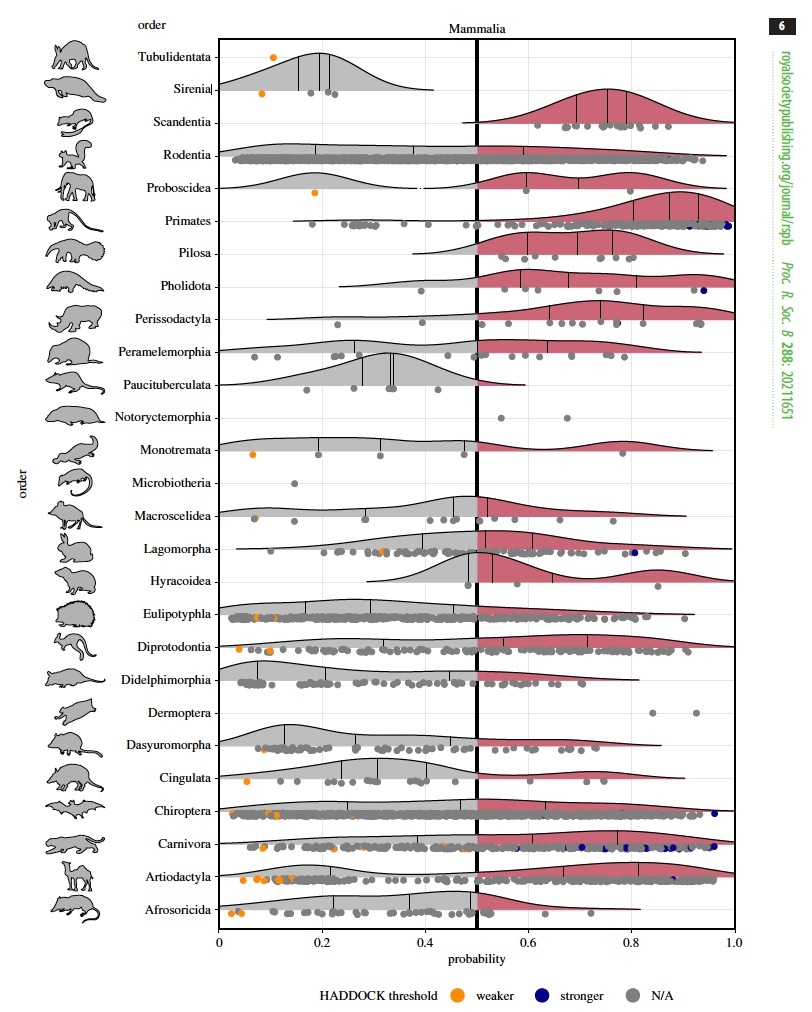 This software scored based on the predicted binding force of each species; a stronger commitment is likely to contribute to successful infection and spread of the virus.

Adrian Castellanos, another lead author and doctoral analyst at the Cary Institute, said: “The ACE2 receptor performs important functions and is common in vertebrates. It is likely that it developed in animals along with other ecological and life-historical traits. receptor, to the properties of other mammalian species, we can make predictions about their ability to mediate SARS-CoV-2.

This pooled modeling predicted the zoonotic capacity of mammalian species with 72% accuracy and identified numerous other mammalian species with the potential to transmit SARS-CoV-2. The predictions were consistent with those observed for white-tailed deer, mink, raccoon dogs, snow leopards, and others. The model found that the most risky mammal species were often those living in disturbed landscapes and in the immediate vicinity of humans – including domestic animals, livestock and animals that are traded and hunted.

The top 10% of high-risk species covered 13 orders. Primates were predicted to have the highest zoonotic capacity and the strongest viral binding in groups of mammals. Water buffalo bred for dairy and farming use had the highest risk from livestock. The model also predicted high zoonotic potential among live mammals, including macaques, Asian black bears, jaguars and pangolins – highlighting the risks posed by the live market and wildlife trade.

SARS-CoV-2 also poses challenges to wildlife conservation. The infection has already been confirmed in gorillas in the western Netherlands. High-risk charismatic species, such as mountain gorillas, can become infected through ecotourism. Biologists often deal with grizzly bears, polar bears, and wolves for research and treatment, all at 90 percent of predicted zoonotic capacity.

Han explained: “Our model is the only one that has been able to make risk predictions for almost all mammalian species. Every time we hear about a new species that has been found to be SARS-CoV-2 positive, we return to our list and find that they are high. We now know that they are one of the wild animals that can die in COVID-19. “

People working near high-risk mammals should take extra precautions to prevent the spread of SARS-CoV-2. This includes giving priority to vaccinations among veterinarians, zoo keepers, livestock handlers and other people who come into regular contact with animals. The findings may also guide targeted vaccination strategies for at-risk mammals.

Han concluded, “We found that the most risky mammal species are often the ones that live alongside us. Targeting these species for additional laboratory validation and field monitoring is crucial. between computational predictions, laboratory analyzes, and animal monitoring will help us better understand what allows for spillover, spillback, and secondary spread — the information needed to control a zoonotic pandemic now and in the future.

“Such interdisciplinary research is important for gaining new insights, and it is a collective learning effort for all parties, as each of us learns from a different field,” Varsani said.

Varsani is also a researcher at the ASU Center for Evolution and Medicine and the School of Biosciences.

The authors were supported during this work by several grants, including the National Institutes of Health, the National Science Foundation, and the Defense Advanced Research Projects Agency.

The story was written by the Cary Institute of Ecosystem Studies in collaboration with Richard Harth of ASU.