After canceling a number of products originally developed by Israeli companies, such as the face recognition algorithm from Face.com and the web analytics system from Onavo, this week Meta closed the WiFi network product it sold in developing countries, Express Wi-Fi. Among other things, this project was managed from Israel and arose in the family of products developed by the company after it bought a third Israeli company, called Snaptu, which was actually its first acquisition in Israel, in 2011.

While the products from Face.com and Onavo were criticized for undermining users’ privacy, the products sold to developing countries, which Meta launched in recent years, have enjoyed general approval.

When Meta was still called Facebook, it made sure to present its infrastructure activity in emerging economies as helping to close gaps between developing and developing countries and between men and women in Internet access and to create new jobs and restore school time that had been lost to coronavirus. pandemic. But Frances Haugen, who managed the product in Facebook’s Civic Integrity unit and who leaked sensitive Facebook documents in October last year, sharply criticized the project and put it directly in connection with violent confrontations in Myanmar against Ethiopia.

The biggest criticism that Facebook employees made of the company’s behavior even before Haugen’s revelations was that its Connectivity department, which was responsible for the product, contributed to the spread of Facebook around the world and among speakers of thousands. of language, but the company behind it did not adequately monitor violent and inflammatory discourse, as it does in 50 more common languages, while the Facebook Feed algorithm, which tends to promote polarization and arousal rather than neutral and unifying discourse, was particularly popular. in developing countries.

Among all projects targeting developing countries, Facebook’s Express Wi-Fi was actually considered a neutral product, as it did not directly promote the Facebook app, but rather enabled telecommunications companies to offer an Internet connection via Wi-Fi instead of via data services.

Express Wi-Fi connected exposed areas to wireless internet through collaboration with ISPs, equipment manufacturers and local vendors with Meta funding. Local telecommunications companies and business owners were recruited to build a network of hotspots that provide people with many cohesive coverage areas. In India, for example, a subscriber to the service, who spends a few hundred megabytes a month, would end up paying the equivalent of around NIS 0.50 a month, and an unlimited package could cost NIS 10 a month. Previously, this activity was run exclusively by an Israeli, Guy Mordecai.

Snaptu fears for the future after the Facebook acquisition

There is no change in the second product that Meta offers in developing countries: Facebook Lite, a low-volume version of the main app that can work on unsophisticated phones, such as smartphones that use second-generation technology networks.

It is believed that despite the shutdown of the product due to the lack of high quality technological staff, Meta will not lay off employees but move them to other units. “Our teams in Tel Aviv will continue to develop network connectivity products – we will be announcing announcements in the coming months,” the company said.

“Together with our partners, we helped expand public Wi-Fi access for people in more than 30 countries through the Express Wi-Fi platform. While we end our work on this program to focus on developing other projects, we are remain committed to working with partners across the telecommunications ecosystem to deliver better connectivity, “said Meta.

This week, another Meta product for developing countries came under criticism. A study published in “The Wall Street Journal” revealed that Meta had mistakenly charged users of a free, highly scaled-down version of Facebook in Pakistan, Indonesia and the Philippines with a monthly user fee. The charge arose as a result of an error in the app, which did not warn users that they were switching from free use, which allows them to read only texts, to paid use, which also allows viewing of images and video.

According to internal Facebook documents that reached “The Wall Street Journal,” separate from Frances Haugen’s revelations, those charges amounted to millions of dollars last year. According to the newspaper, many users first discovered the fees when their prepaid accounts with the mobile companies that had sold them the telecommunications packages along with Facebook ran out. A Meta spokesman told The Wall Street Journal that the error, which would be corrected, led to an overprice totaling $ 3 million a month. 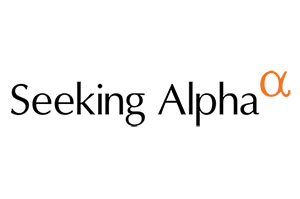 Seeking Alpha is a stock research platform. What does that mean? It is basically a large community of passionate investors that are savvy in …