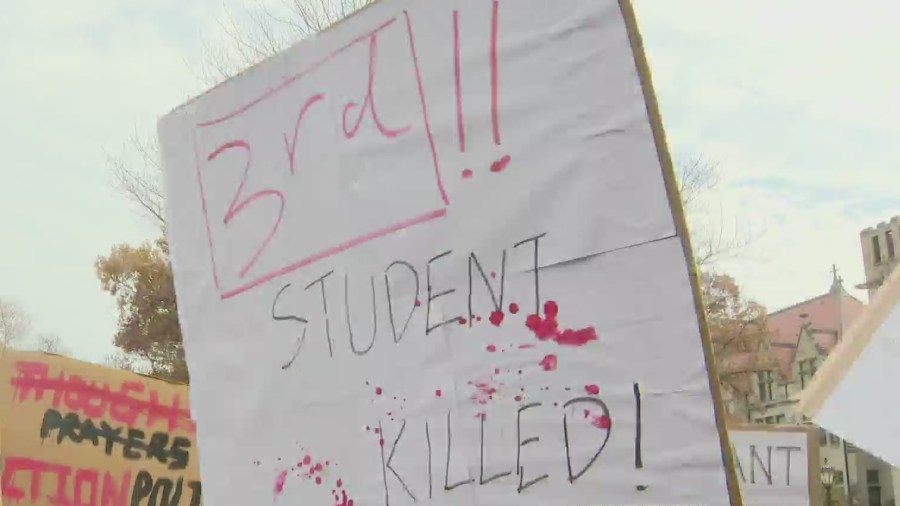 CHICAGO – Some students at the University of Chicago say they don’t feel safe after a murder near the completed campus.

According to eyewitnesses, Zheng walked the 900th block of East 54th Place at about 2:00 pm on Tuesday, Nov. 9, as a man in a mask and black hoodie approached him.

The duo struggled and the 24-year-old was shot dead. Police charged an 18-year-old man with the murder of Zheng.

Zheng became the third student at the University of Chicago to be killed this year.

Many in Tuesday’s protests fear they could be the next victim if school doesn’t make things safer.

“We’re Going to Fight”: Community leaders promise to fight the rise in crime in Hyde Park

The Dennis Zheng Memorial is scheduled for Thursday. GoFundMe, which covers the Zheng family’s travel and legal expenses, raised more than $ 300,000.